Winter 2017 is over and so the Viewing party is ending as well. The remainder of our shows had their final episodes this past week, and we’re ready to share our final thoughts.

I know we’re already into the first week of Spring, but I’m not that far behind. Plus I had stuff to do.

To recap for anyone who missed our initial posts for Winter 2017, KimmieKawaii and I selected 5 shows each at the beginning to the season to review. You can click on the links to see our episodic reviews for each series.

Below you’ll find our breakdown of the season according to what we found worthwhile and would recommend to others, what we think could be interesting (for the right audience), and what we don’t think is worth your time. The shows aren’t listed in any particular order under each category.

How does this compare with your thoughts on the season? Is there anything you think we’ve mis-categorized? Let us know in the comments.

Arguably the best series this season, Scum’s Wish managed to draw a significant audience each week. Though reviewers differ on the level of satisfaction derived from the ending, we felt the finale ended perfectly. With a narrative that could have easily been overshadowed with bitterness and resentment, the empathy and insight the characters felt for one another (even if it wasn’t always deserved) balanced out the series nicely. In the end, Scum’s Wish delivered a significant, worthwhile message – even the most vile of us have redeemable qualities and those of us who are appear purest have traces of immoral behavior. What is most vital is the growth that begins after falling, and realizing even the most self-destructive people deserve a chance at love.

Saving humanity, ghost busting evil spirits, and a bit of boy love. With such a fascinating combination, what could possibly bring this series down? While it was given a bad wrap by some reviewers, this series as a whole managed to surprise us. It is a consensus that the animation was shoddy, translation a bit off, and the humor made the more serious moments feel forced. With that said, the narrative was unique enough to maintain our interest until the end. Adding to this, the plot twists and well executed reveals left enough mystery to try and decipher from one episode to the next.

With such a vague description to go off at the beginning of the season, we were quite surprised to see this series become one of the most intriguing experiences of the season. Using a bureaucratic inspection task as the forefront of an investigation into a coup that could change the country forever, ACCA does so much more than weave a mystery to keep viewer interest from episode to episode. Its diverse world, subtle commentary on social structure, and amazingly endearing characters made this a thoroughly enjoyable experience. Who would have ever thought that a group of dragons could tell us more about the way people bond than any other series this season? Dragon Maid brought a great blend of comedy, beautiful animation, and heartwarming family moments each week as it followed Tohru and her otherworldly friends while they adjust to life among humans. The series almost always provided a good amount of entertainment, but stood out for the way it invoked understanding of the magic in everyday life.

Are you into the Japan’s Tenmei Era? The inner workings of a Arson/Theft Control organization? Episode after episode of Robin Hood-like stories? If not, you still might like Onihei. The police procedural stories combine with lessons about honor and duty in a serial drama format rife with swordsman, nasty criminals, and the occasional honorable thief. While never aspiring to a compelling greater narrative, the individual stories this series had to offer were surprisingly competent in their ability to entertain. Just don’t focus on the character animation too much. For your own good.

The Saga of Tanya the Evil

Although the narrative can be stagnate and the tonal shifts questionable at times, Tanya is packed with some serious action scenes that make up some of the more intriguing parts of the series. Perhaps one of the biggest downfalls for this series is that despite the inclusion of interesting story elements, the bulk of their development is placed on Tanya. With so much focus on an overpowered protagonist, the series has little room to provide a story that satisfies the premise its built on.

For history enthusiasts, this series mirrors moments of real historic value, with some era appropriate weaponry, interjected with magical aspects like battalions of mages. For all the drama and action of combat, there are touches of humor  to break up the tension. All in all, this series may be worth the time investment for the right audience, but the inconclusive ending and periods of low quality animation may be a turn off. 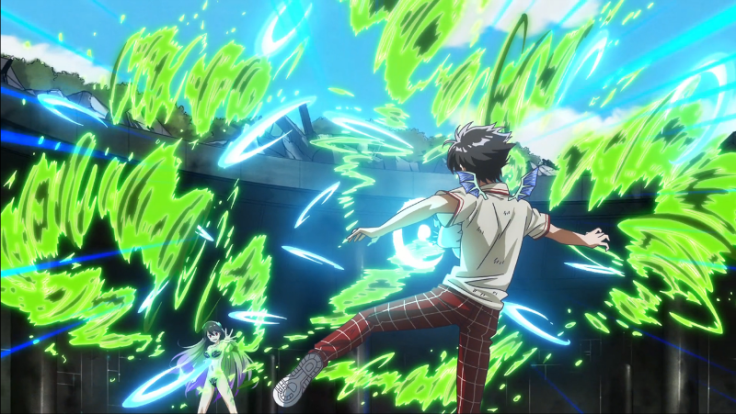 With all the ingredients for a fantastic shounen series, this show’s short run didn’t seem like it was enough to capture all that it had to offer. Chuuta’s discovery of his unique powers and the ever expanding world of SPH and the space police organization he joins provide a lot of material to work with, but the show’s focus on smaller arcs in the style of other long running shows like Naruto left us wanting more cohesion. Those shounen epics have episodes numbering in the hundreds for course correction and narrative buildup, but the twelve episodes this series had to work with, squeezed short by filler-like content, really struggled to deliver quality.

The manga is widely popular, and fans of the work may find interest here, but as an anime the series doesn’t distinguish itself from the many others in its genre. 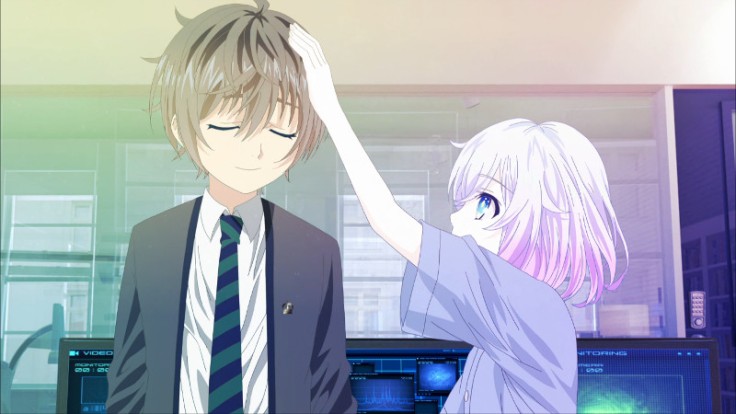 While the CGI animation appeared to be improving each week, every other aspect of the series got worse. To begin with Hand Shakers is has an unfeasible premise built on vague biblical references with little explanation as to the significance of these super powerful humans known as hand shakers. This wafer-thin narrative seems more like an excuse to have tag team matches that involve blowing one another up.

With a failed plot foundation, stomach-churning animation, and cringey bathroom scenes between the the underage protagonists, three episodes were all we could manage before calling it quits. From the reviews read since then, it appears the series didn’t fair much better after we dropped it; so it seems a bullet was dodged after all. 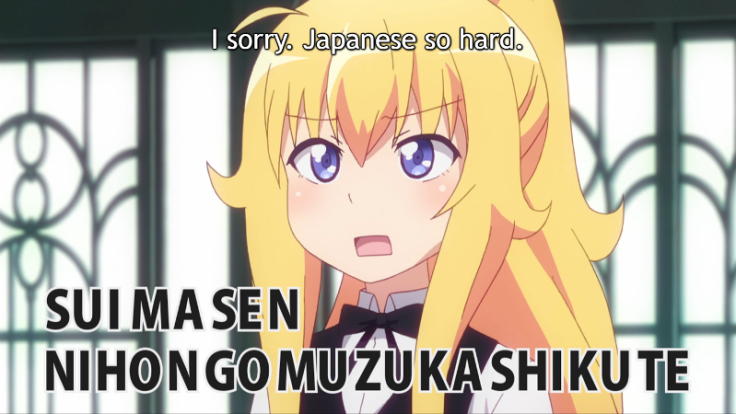 As a show whose sole purpose is to deliver jokes about angels and demons that act contrary to their preconceived natures, this show certainly stays on message. Unfortunately it reaches for very little beyond that as it attempts to deliver humor through meme worthy situations and homages. We didn’t make it past three episodes of this one either, though we can’t say that it’s grating to watch – there simply isn’t much of value to garner from it. If you’re looking for something in the same vein as the studio’s previous work: Himouto! Umaru-chan, this might be OK. Otherwise you could do a lot better.

As the only series in this category we finished, Masamune has the dubious honor of having been just interesting enough to string us along before falling flat on its face at the end.

At the beginning of the season, we encountered a series that had some obvious flaws, but was kind of endearing when looked at from a certain point of view. That version of Masamune disappeared in the middle and we grew annoyed with the many sub par offerings left in its absence. The Masamune that re-emerged afterward seemed to have a clear focus in mind, but bungled its attempts to deliver a good story at every turn until it completely failed in the end to win us over. Wait… that all sounds really familiar.

The over-saturation of unnecessary supporting characters, dramatic shifts in narrative tone, and plot threads that emerge without any sense of completion damaged this series. While a semi-feasible conclusion would have at least made for a satisfying end to this sub par series, the finale failed to even give viewers even that.