Forbidden from using magic, Chise must use her wits to overcome her latest challenge. Read on to see what Karandi and I thought of this episode, and catch up on any of our reviews you might have missed here.

There was a lot I enjoyed about this week’s episode, even if it turned out a little differently than what I expected. Since the story had been steadily building up Chise’s magical ability, it was a little surprising to see that Elias practically forbids her from using it right at the start. It was a good move to introduce this restriction in this episode, I think, because not even Elias seemed to be a match for their even more ancient adversary, Ashen Eye, in terms of magic. It also avoids the show’s common problem of using poorly explain magical solutions.

Three reviews back I mentioned that this show likes to take a staggered approach with its plot elements. In that review I discussed how Joel and the vampire’s first appearance two episodes earlier came full circle as Chise risked her own life to help them. That was the same episode that introduced Ashen Eye, and we see in this one the animal pelt played an important role. The timing is once again important, because it happens at a time when Chise can’t use her own magic and has learned to resist the urges it causes. It shows once again that most every small detail is used in some way, even if it doesn’t make sense at first.

This is important to keep in mind because of the many elements introduced in this episode. Elias practically forcing Chise to obtain payment from Stella where she would have helped of her own free will is both worrying and interesting, and Ashen Eye’s message about the power of words is clearly framed as something that will come into play later. Furthermore, seeing the characters confronting the concept of family is a compelling hook to move forward. As one of the more substantial episodes lately, I was pretty happy with it but still left eager for more.

This episode was quite a strong one for this series giving us a story that kind of stands on its own, while at the same time bringing together elements from a number of previous episodes. The end result was something that was pure delight to watch unfold as we had a sense of movement and tension within the episode but were also reminded of the journey our characters have been on so far.

One thing I appreciated was that even as Elias has taken on some more human characteristics, his overall character hasn’t undergone any kind of radical shift. He still does things without explaining them to Chise and certain aspects could be considered controlling such as the teddy bear he gave her last episode as a Christmas gift turning out to have a secondary purpose that wasn’t discovered until after the fact (though the flowers were gorgeous and a nice throwback to Chise’s first attempt at magic back when she met Angelica). 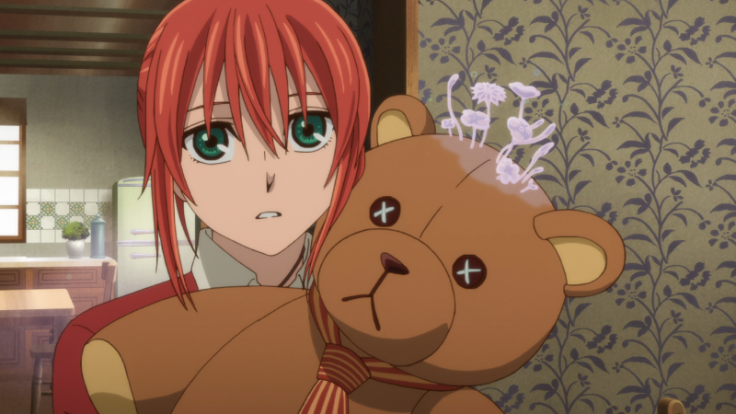 Stella was a pleasant addition to the cast this week and while they have set it up so that she might return in later episodes, it was nice to meet her, see her interact with Chise and accomplish her goal and then return to her life. That gave a satisfying sense of resolution that we so seldom have at the end of an episode in this series.

Overall, I enjoyed the episode more this week then I have for the past few weeks and I find myself eagerly looking forward to see what the next crisis for Chise will be.

That’s all we had for this week, now let’s hear your thoughts. Karandi and I both enjoyed the way this episode was portrayed, but did you like the change of pace from recent weeks? Let us know your thoughts in the comments, and be sure to check out Karandi’s blog for more from her.